Rob Preuss: Allow Your Curiosity To Fuel Your Passion 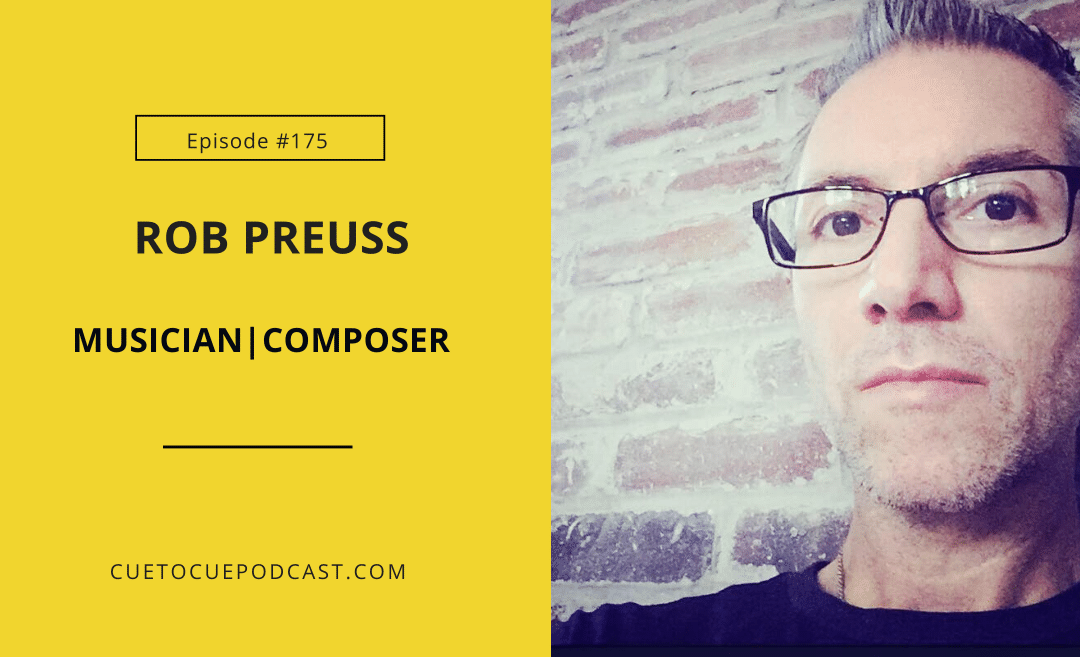 This week I am re-releasing an e[siode I did with Musician/Composer Rob Preuss. Rob has had an incredibly diverse career and believes that part of the reason is due to his sense of curiosity and absolute love for all genres of music. Whether he was talking about his time spent as a keyboard player in the band ‘Spoons’ or Honeymoon Suite or teaching the vocal track to a new member of the cast of Mamma Mia, he seemed to always find something that about the experience that satisfied his passion and also made him want to dig deeper into his love of music.

Rob Preuss: Allow Your Curiosity To Fuel Your Passion

A little about Rob:

Rob is a musician/composer.  He’s worked professionally in the recorded/live music business since he was 15 years old and has written, recorded, produced, conducted, rehearsed, played, bought, listened, loved and learned music all of his life. Rob has worked alongside performers, producers, managers, accountants, agents, record company staff for decades.

He started playing classical piano at age 5 and joined his first rock band at age 10, and had some top 10 records in Canada with his band ‘Spoons' when he was 16-19 years old. They recorded their first album when he was 15, with Daniel Lanois, at his studio in Hamilton Ontario. With the band he recorded with other producers such as Nile Rodgers, toured and did shows with The Police, Culture Club, Simple Minds  to name a few. ‘Spoons’ were on Quality/A&M Records in Canada, and Jordan Harris signed us to A&M US.

Rob has also played in a Warner Bros. band called ‘Honeymoon Suite’ who was produced by Ted Templeman and recorded the title song for the first ‘Lethal Weapon' film in '87. Honeymoon Suite went on to Tour the world and did shows with Journey, Status Quo, Starship.

Rob has done music for corporate jingles, television/online spots, and many recording sessions for a variety of musical situations. In 1989 he also began working in Musical Theatre, in Toronto, playing many different shows, including Tommy, Miss Saigon, Beauty & the Beast, and Phantom of the Opera.

In 2000 Rob had the opportunity to work on Mamma Mia!, in Toronto, as Associate Musical Director, working with Benny Andersson and Bjorn Ulvaeus from ABBA, along with the whole British creative team, to help create the international production of the show. It's been successful, to say the least! He made his way to NYC in 2001 with the show and was Associate Music Director on Broadway until September 2015.

From 2011-13 he was Associate Music Supervisor for ONCE the Musical, off- and on Broadway, and we recorded the Grammy-winning cast album, produced by Steve Epstein. He studied composition in Germany with the composer Karlheinz Stockhausen, in 2007, a few months before he passed away. “I'm always discovering great new music, in every genre, and I'm probably the most open-minded person I know when it comes to music!”