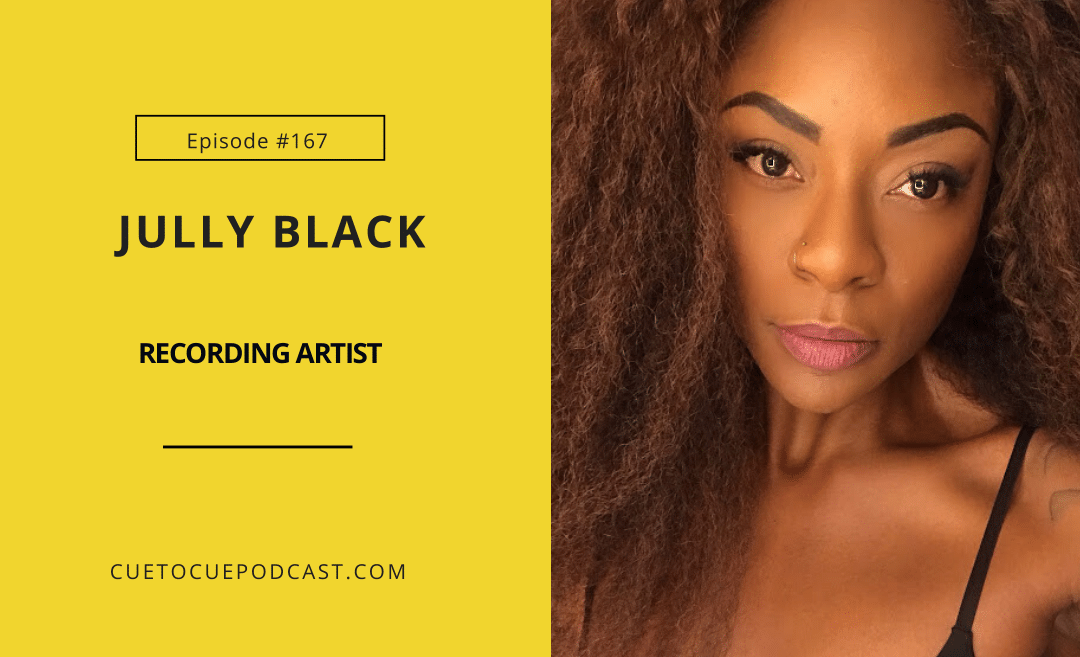 Are there people who doubt your skills? How do you deal with it? Or do you live in fear? This week on Cue to Cue, Canada's Queen of R&B, Jully Black, opens up about her past challenges overcoming self-doubt and finding her inner confidence. She reminds us that true wealth is in our confidence and our belief systems.

A little about Jully:

Jully Black is a true Canadian Icon. Named as one of ‘The 25 Greatest Canadian Singers Ever’, (CBC Music) she has been dubbed ‘Canada’s Queen of R&B Soul’ by fans and industry leaders alike. As a platinum selling recording artist, her music career has yielded multiple singles reaching the Top 10 pop, R&B and dance music charts. She has taken home Juno and Gemini Awards, earned innumerable industry accolades and was hand selected to sing for the Queen of England.

With her powerhouse vocals, hilarious personality and love of people, Jully Black truly is everyone, and unlike anyone. Her passion for philanthropy has taken her from the shantytowns of Bangladesh to the villages of South Africa and all across Canada. As a woman of faith, she champions important causes and uses her career as a platform to celebrate and inspire the greatness that lies within each of us.

As a songwriter, Jully has touched the hearts of her fans with her extensive music catalogue, her compositions for industry heavyweights such as Destiny’s Child and Nas, and on collaborations with songwriter, musician and performance titans such as Ian Thornley (Big Wreck). She has shared the stage with superstars such as The Black Eyed Peas, Kanye West, Bon Jovi, Celine Dion, Elton John, Alicia Keys, Etta James and Juno Breakthrough Artist, Jessie Reyez, to name a few.

Jully is a major presence in the Canadian media and entertainment industry. As former host and correspondent for CTV’s etalk, Jully was chosen to interview global megastars such as Jay-Z, Oprah Winfrey, and former president Bill Clinton. Her music has been featured in film and television and she has personally appeared on, co-hosted and been featured on numerous national television programs and speaking platforms including the sizzling and immediately viral CBC ‘Canada Reads’ 2018 appearance, a much lauded TED Talk, the Global TV feature ‘The First Time I Was Called A …’, CTV’s ‘Canadian Idol’, and City TV’s ‘Breakfast Television’. With a current starring role in The Musical Stage Company’s ‘Caroline, Or Change and various other recent lead roles in theatre such as The Musical Stage Company’s signature concert feature “Uncovered” (with Music director, Reza Jacobs in collaboration with stars of Stratford, Shaw, Broadway and London’s West End, 2018), and starring role in the critically acclaimed Mirvish Production of “Da Kink In My Hair at the renowned Princess of Wales theatre in Toronto, Jully continues to magnify her expansive musical, theatre and television repertoire.

Jully’s successful 2018 foray into creating and hosting ‘The Blackout with Jully Black’ (the critically acclaimed, provocative, ebullient and empowering weekly radio show on iHeartRadio – Newstalk1010) along with a guest starring role in the Canadian television crime drama series ‘The Coroner’ and featured segments in documentary film features with acclaimed directors and producers, serves to firmly establish her as the preeminent personality in the entertainment arena unlike anyone has in Canadian history.

Steadfastly maintaining personal fitness and wellness goals remains a priority in Jully’s life. In 2018 she leveraged social media influence and innate leadHERship skill along with unwavering desire to be the bridge that everyone can cross and launched 100 Strong and Sexy (‘100SAS’), Canada’s largest female founded, curated and led fitness challenge to date.

With purpose driven ideals and boundless spiritual fortitude, she continues to refine and reinvent her artistry. A phenom in Canadian entertainment, lifestyle and public speaking arenas, she is also co-founder and key note speaker for the renowned “Empowered In My Skin’ women’s empowerment summits, a Notable.ca award recipient, a vocal advocate for the LGBTQ+ communities, WE Day Ambassador and recipient of the prestigious BBPA Harry Jerome [Entertainment] Award (2018).

With a new full-length album underway and slated for an early 2020 release, fervent authorship of her first book with the world’s largest trade book publisher (where she will join a roster of 60 Nobel Prize laureates and hundreds of the world’s most widely read authors) along with a few top-secret projects to be announced very soon, Jully truly is doing it all! 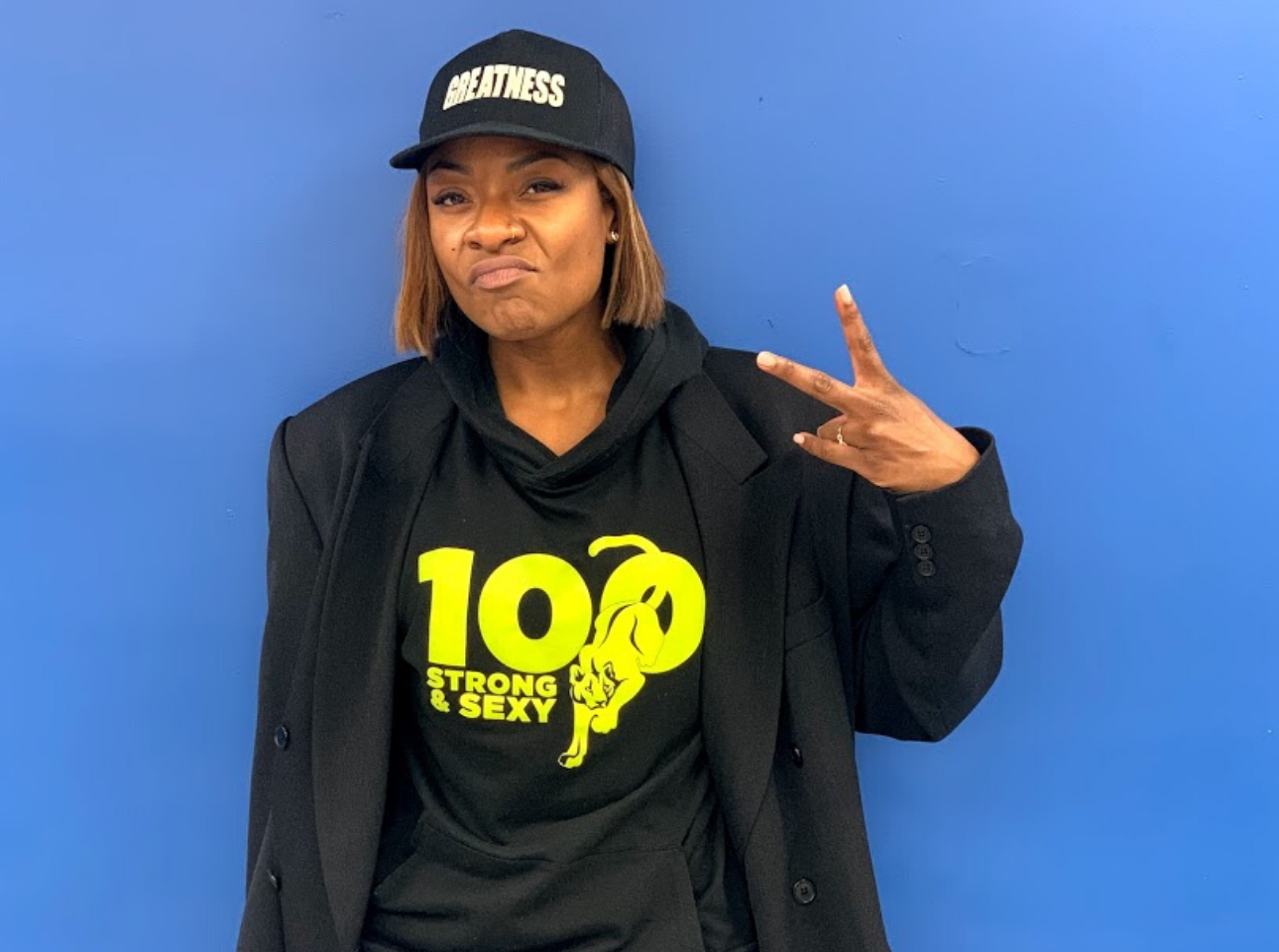