Bruce Dow: How To Overcome The Desire To Seek Validation Through Your Craft 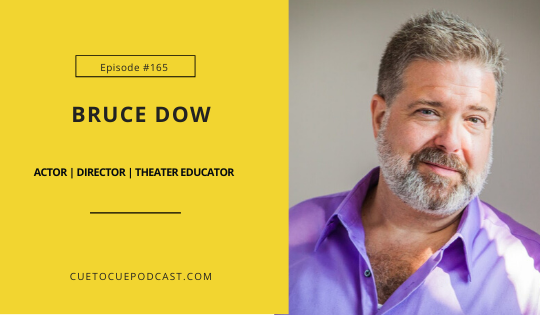 This week Actor/Director/Theatre Edcuator is joining the conversation on Cue To Cue! Bruce reminds us that there are things we can't control and we need to focus on the things that we can. He will share the importance of Pleasure, Prestige and Pay in how he controls his life as an artist.
How do you deal with change?
Learn to let go and accept change! Life get's messy, and it's ok. Maybe this is just your path of becoming what you're supposed to be.
This is a must listen episode!

Bruce Dow: How To Overcome The Desire To Seek Validation Through Your Craft

Born in Seattle, raised in Vancouver, Bruce is best known as an actor who has appeared on stages from coast-to-coast across North America.  His stage career has spanned over 30 years and includes 5 featured roles on Broadway; 12 seasons in leading roles at the Stratford Festival; 2 Dora Mavor Moore Awards (Best Actor & Best Actor Musical) for his work with Buddies in Bad Times Theatre – the world’s oldest and largest LGBTQ+ theatre; a Toronto Theatre Critic’s Award; a Helen Hayes Award nomination (Washington, D.C.) and 2 Helen Hayes Award ensemble/production wins.
His career on the small screen includes voicing roles on hit animated series such as Total Drama Island, The Busy World of Richard Scary, Hotel Transylvania, and the up-coming Powerbirds for the new NBC/Universal Kids Network.  He has appeared (as a live person) on multiple episodes of The Rick Mercer Report”, The Strain, Anne with an E, and Murdoch Mysteries.
A graduate of the University of British Columbia with both a BFA in Acting, and an MFA in Directing, minor in Theatre History, Bruce has made a point of teaching at colleges and universities near every theatre at which he has performed, including: UCSD, The Academy for Classical Acting at George Washington University, the University of Calgary, the University of Alaska at Anchorage, among others.  He has taught sessionally at The National Theatre School, The University of Western Ontario, Centennial College, and The Randolph College for the Performing Arts. He is the Director of the Academy for Young Actor Training with The Festival Players of Prince Edward County (Artistic Director, Graham Abbey.)
Bruce is a produced composer/lyricist/librettist of musicals:  B!TCH ISLAND, the musical! just swept the Hamilton Fringe Festival Awards, winning Best of Fringe, Critics Choice, Audience Choice, and Best of Venue.  Hard Hats, The Musical! was produced  at Lunchboxtheatre, Calgary, and The Lighthouse Theatre Festival, while  Wilde Tales was workshopped the Shaw and Stratford Festivals and then given a full production in Pittsburgh at the Pittsburgh Irish and Classical Theatre Company.  Bruce, at present, has 3 new works in development with major theatres across North America.
A member of The Manhattan Association of Cabarets and Clubs,  he is a major proponent of cabaret performance in Canada. His work as a solo artist can be heard on his two recordings of cabaret music:  Keepin’ Out of Mischief,  Lucky to Be Me, and a newly released compilation album The Best of Bruce Dow – available on iTunes.
Follow Bruce!
www.brucedow.com
T : @DowBruce
I: @dowBruce 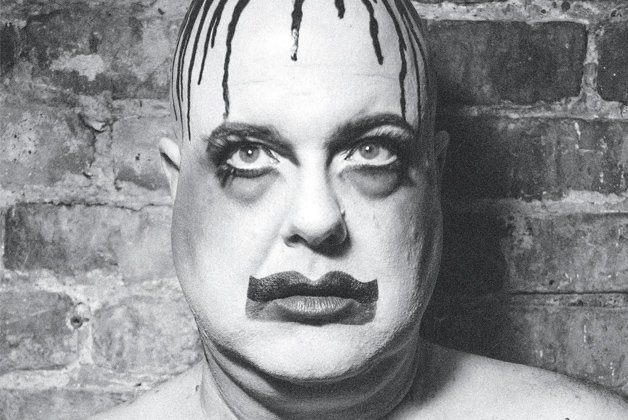