Elec Simon: Turn Your Challenges Into Your Artistic Purpose 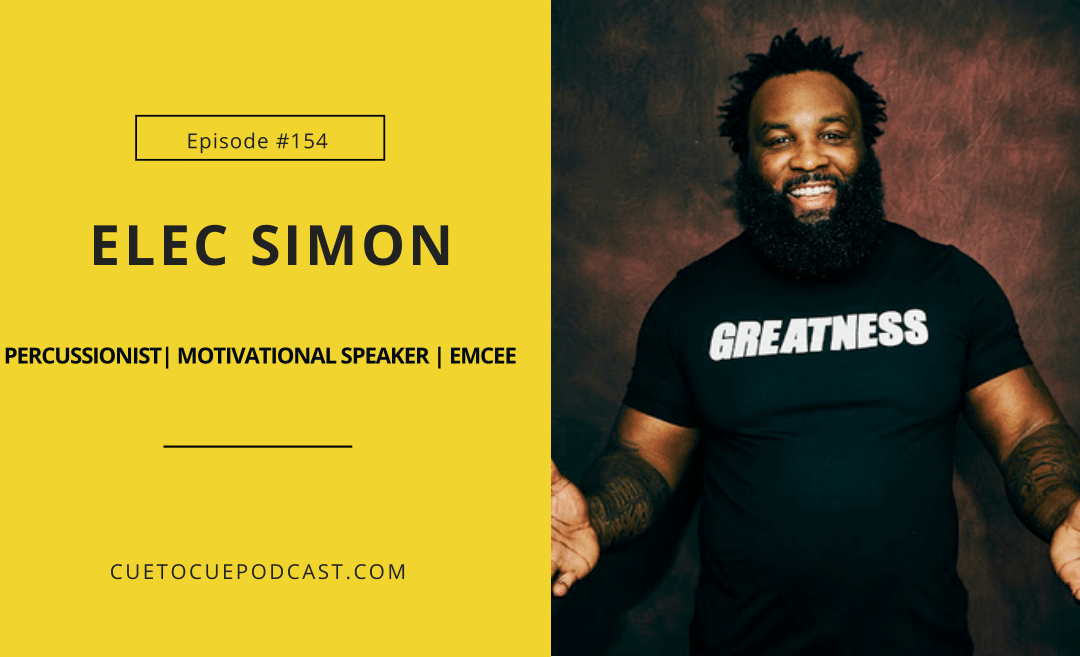 Percussionist/Motivational Speaker/Emcee Elec Simon is joining the conversation on Cue To Cue! Prepared to be blown away with Elec’s love of life  and his passion for serving others as with his art! If you are challenged by finding your place as an artist and where you can make a difference! Buckle up! Elec is bringing the inspiration today!

Elec Simon: Turn Your Challenges Into Your Artisitc Purpose

In 2002, Elec took his love for music to New York City. There, on the streets and subway platforms he began to find the rhythm that would define his life. He would busk alongside many of the great street performers of our generation such as Larry Wright and William B. Johnson. Those moments created a pathway to his future– a role in the hit off-Broadway show STOMP.

Elec spent over a decade with STOMP. Touring across the country, experiencing life as a performer in one of the world’s best received shows. But even that experience wasn’t enough to fuel his fire for music.

After his time with STOMP, Elec decided to return to his home in Canton, Ohio where he felt the need to give back to his community. Dear to his heart was the subject of anti- bullying. As a child, Elec had lost his best friend to bullying. He realized he could use his music as a platform to create change. He began performing in schools where his mix of “street smarts” and stage experience allowed him to connect with the children, teachers and staff in front of him.

He doesn’t just stand there and lecture them – he puts the music directly into their hands. Every Elec Simon assembly includes a full band, a huge line of buckets for the kids to play along, and Elec’s positive, high-energy message about respect, love and believing in yourself.

If Elec looks familiar to you, that’s for good reason. Not only has he been found on stage with STOMP and major news outlets who cover his message, he can also be seen performing with the Cleveland Cavalier’s Q-Stix. The Q-Stix were chosen to perform during the NBA 2016 and 2018 All-Star weekends.

In 2017, Elec went on to win the BMe Genius award with one of the most prestigious organizations called, “BMe.” BMe is a nationally recognized award-winning network of community-builders known for defining people by their positive contributions to society. Additionally, in 2018, Elec was invited back to Washington, D.C. where he sat on the panel at the capitol building and addressed future BMe members. Elec was also featured on the front cover of “Akron Life Magazine December 2018” issue as well as a full interview.

Elec Simon has made it his life’s mission to spread his positive message through music. It’s a rhythm based off nature’s oldest drum; the heartbeat, and it’s from the heart that his message captivates his audience. 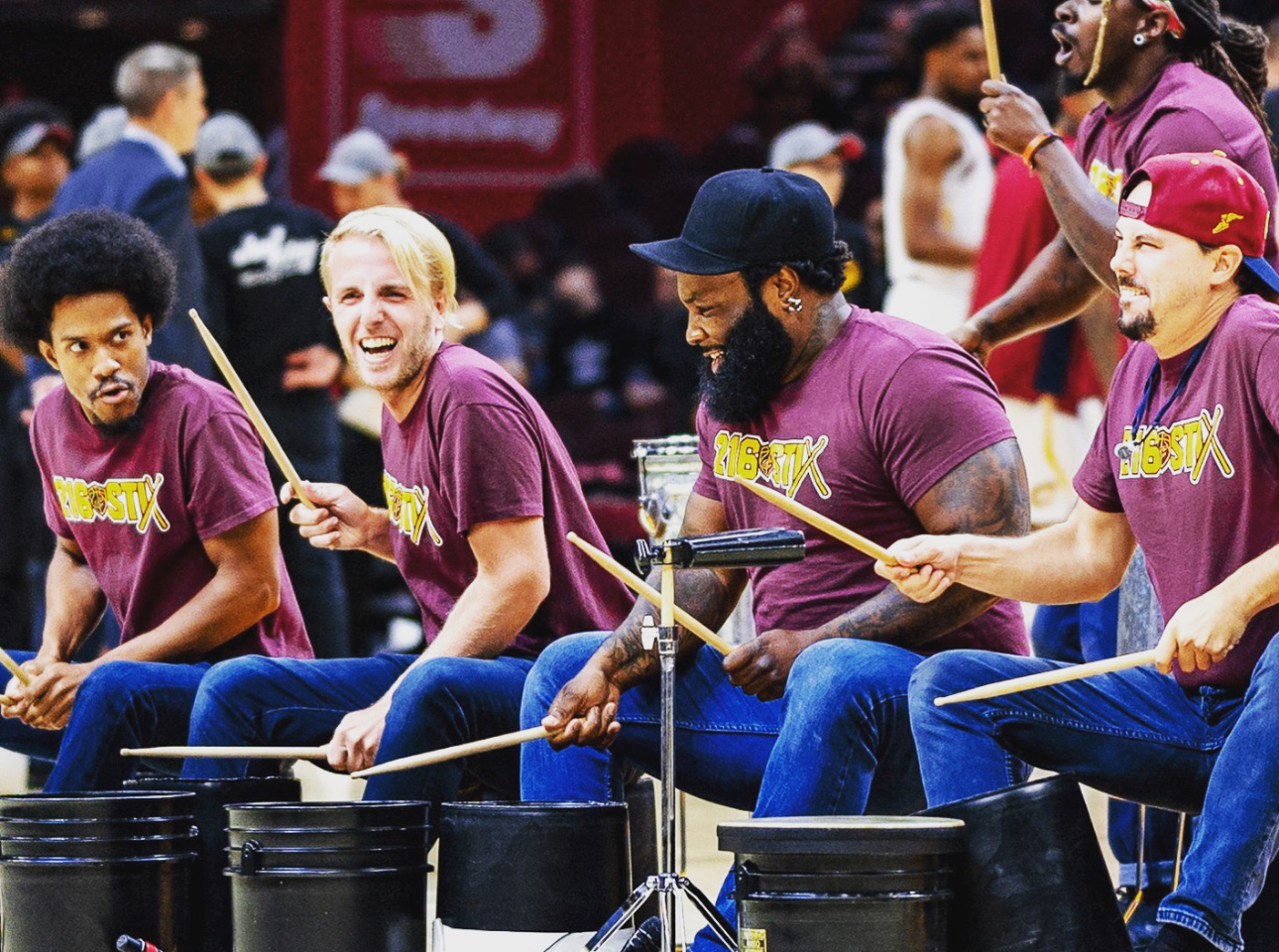